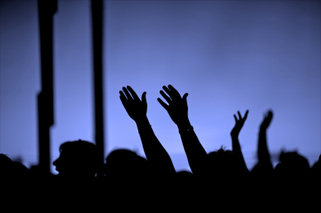 Mt. Zion is a place where you can find many different expressions of worship.  We believe in worshiping God with our whole heart which engages our spirit, soul and body.  The scripture is filled with examples and instructions on how to touch the heart of God with our worship. We understand that everyone is unique in their personality and give room for all to express their worship freely in accordance with the scripture. Mt. Zion's worship team is made up of several individuals that rotate leading the worship service which gives us a variety of music selections from traditional hymns to the up-beat contemporary style of modern music.  Some of our favorite selections come from Chris Tomlin, Kari Jobe, Paul Baloche, Hillsong, Vineyard Music and much more. We simply love to worship and want an atmosphere where you spend time in God's presence, honor Him, touch God's heart and let Him touch yours. Come as you are, leave a renewed person!